A spade is definitely a spade when it comes to telecoms for specialist ground works and civil engineering company O’Brien Contractors. 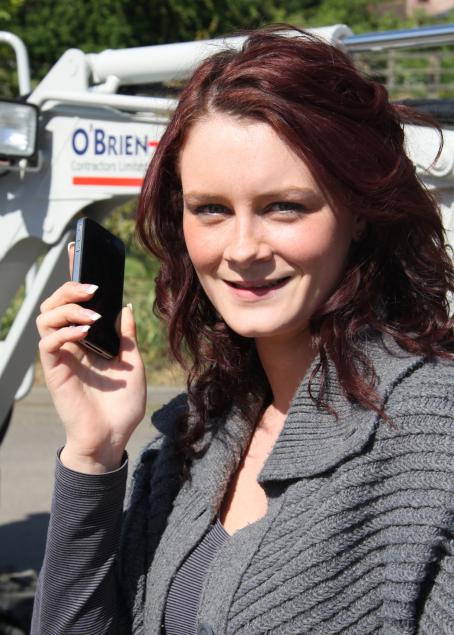 A single company stood out for its ability to listen: Armstrong Bell

But according to the Warwickshire (Leamington) based company, fi nding a telecoms supplier with the same clear-cut approach was a challenge. Office manager Kate Beckett explained: “We were after a straight forward telephone system, with 30 extensions to simply make and receive calls. Because our current system was only seven years old, we wanted to make sure there was a certain amount of future-proofing and potential for growth, but I really didn’t want to have to become a telecoms expert to be able to make an informed purchase.”

“We asked several companies to advise us on systems and I was astonished at some of the blatant up-selling techniques they employed. I had a crash course in learning what we didn’t want. A single company stood out for its ability to listen: Armstrong Bell. They provided not only a competitive quote, but were able to give clear and easy to understand answers to our questions, so much so, that I had to ask ‘what’s the catch’. As it turns out, there wasn’t one, and we have been delighted with the service from both the provider and the phone system.”

“Before asking for quotations, I had done some research and understood what we needed. I welcome advice from suppliers, but do not appreciate anyone trying to over-sell. For a couple of our staff, we have taken advantage of the system’s feature to connect to smart phones as though they were ordinary extensions, which was one facility we didn’t consider in the original specifi cation, but it’s really useful. With the exception of Armstrong Bell, everyone was offering ‘extras’. I really didn’t want extras. I was happy not to want extras! We’re a busy civil engineering office, not a call centre, so we don’t need to monitor the phone performance of our colleagues - we just wanted phones that work.”

Armstrong Bell Managing Director William Copley said: “O’Brien’s current phones were on their knees and expanding the system wasn’t feasible. We have provided a new NEC SV8100 system, which is quietly sophisticated, easily able to fulfil all of the company’s requirements as well as offering other facilities, which can be activated in future, should their requirements change.”

“What we have done for O’Brien is quite simple, they asked for a phone system and we supplied and installed one. What they were asking for matched what they needed and that’s exactly what we provided.”

Kate Beckett concluded: “Now William and the team have proved that they can listen, I’m happy to look at their quotes for call routing and mobile phones, but I wouldn’t have entertained the idea if they had offered that as part of their proposal for the phone system.”